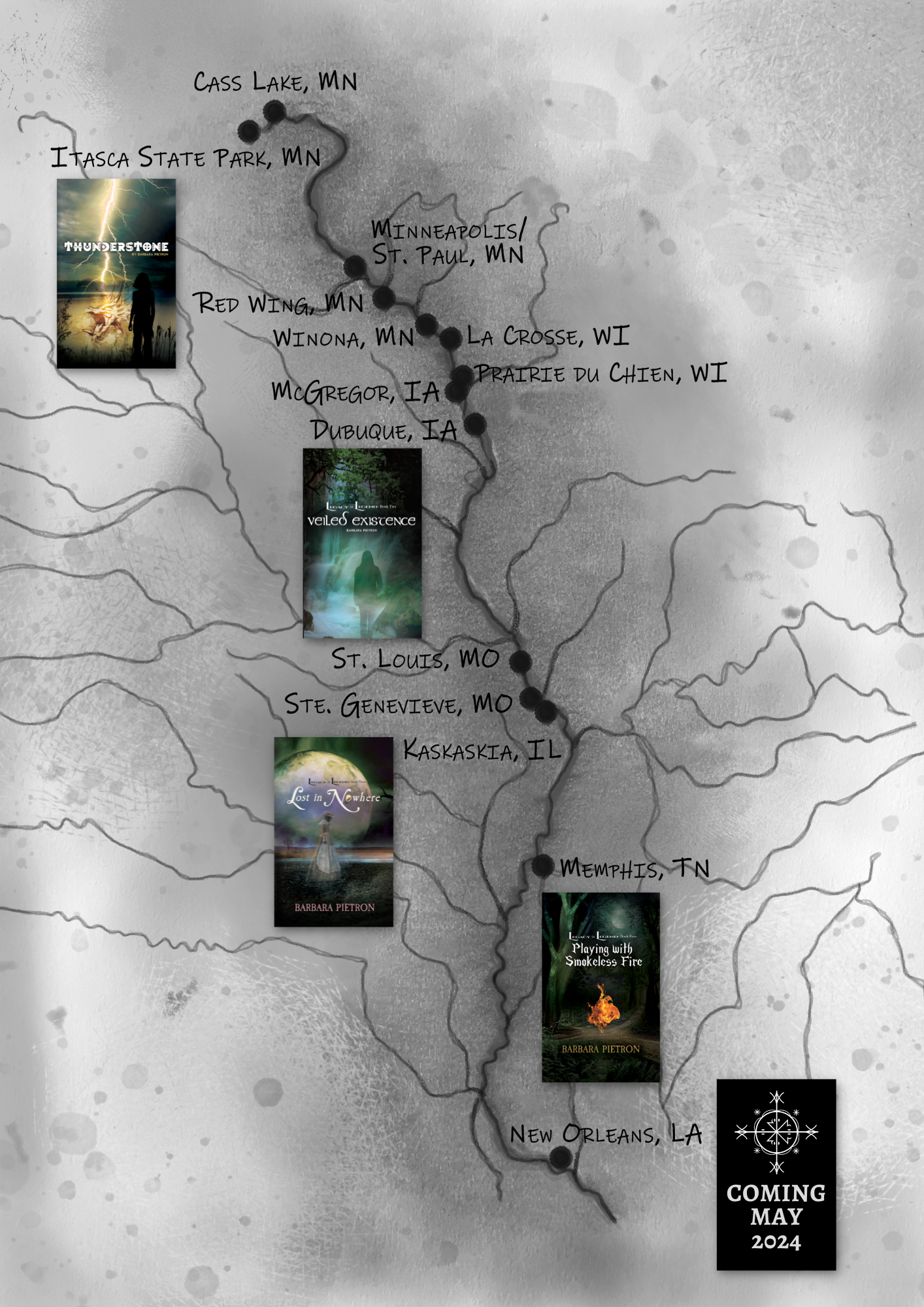 In Book 1, Jeni meets a medicine man apprentice and accidentally unleashes an underwater mythological monster. In book 2, she sets out to rescue her abducted boyfriend unaware that he’s under a curse that will threaten her life. While helping a ghost in Book 3, Jeni risks meddling with time which could leave her soul trapped in the past or lost in nowhere. Now in Book 4, she makes a deal with a crossroads demon, or so she thinks.

From the Mississippi Headwaters in Minnesota to the river’s end in the Gulf of Mexico, the

her spiritual ability. Only by learning to channel her power will she be able to protect herself and

her loved ones and, ultimately, end the deadly attacks.

In Playing With Smokeless Fire, Jeni travels to Memphis, Tennessee, and desperation leads her to the crossroads, where she summons a demon to mend her defunct spiritual ability. Although her side of the bargain doesn't require her soul, the price is steep, pushing her ethical limits. But it's more than her own life Jeni is hoping to save; her family is in the crosshairs of her foe, so she makes the deal. When the bargain goes sideways, revealing the indomitable nature of the force she is up against, Jeni finds herself in a predicament where strength is useless. Only wisdom and sheer cleverness will allow her to live to fight another day. 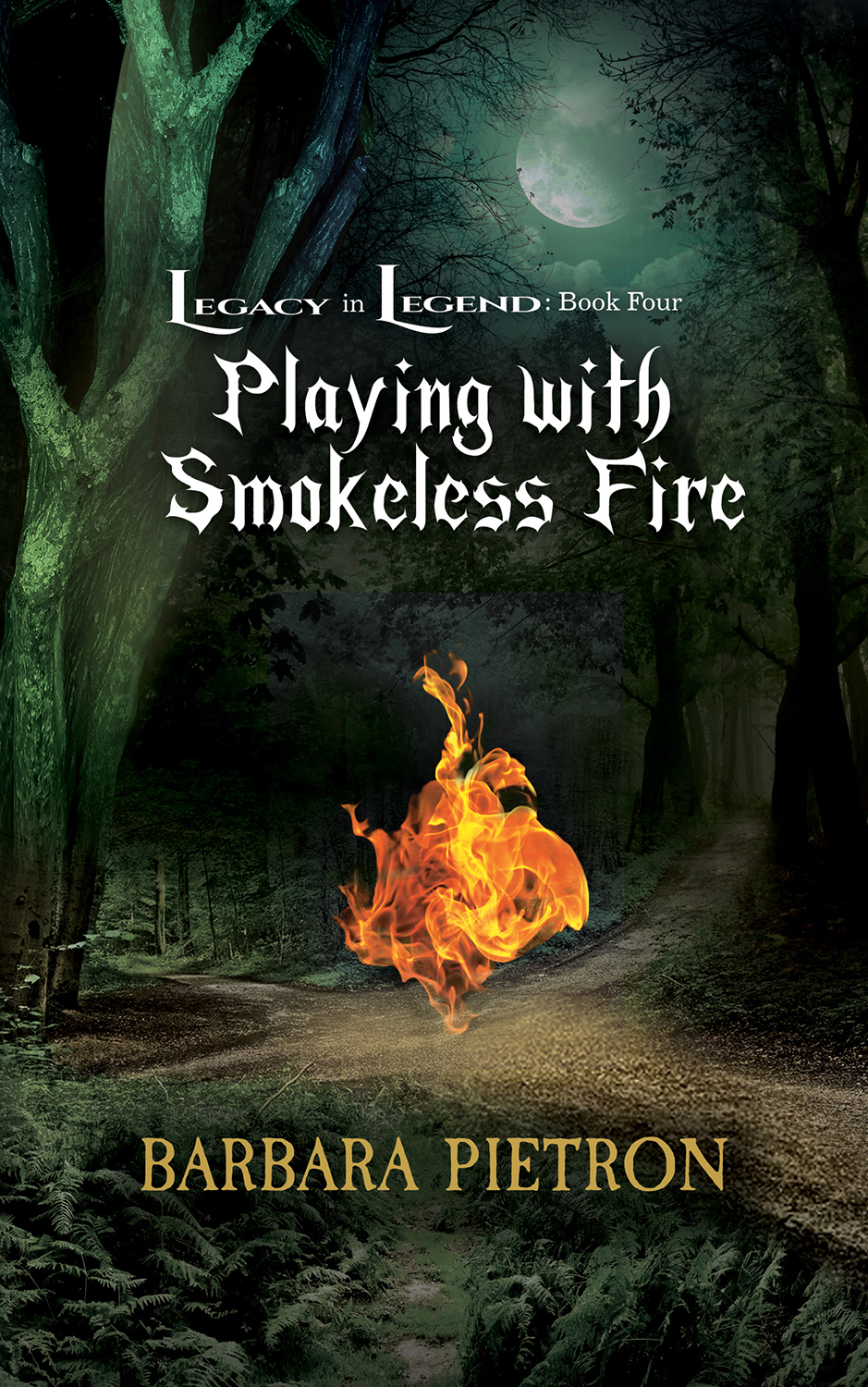 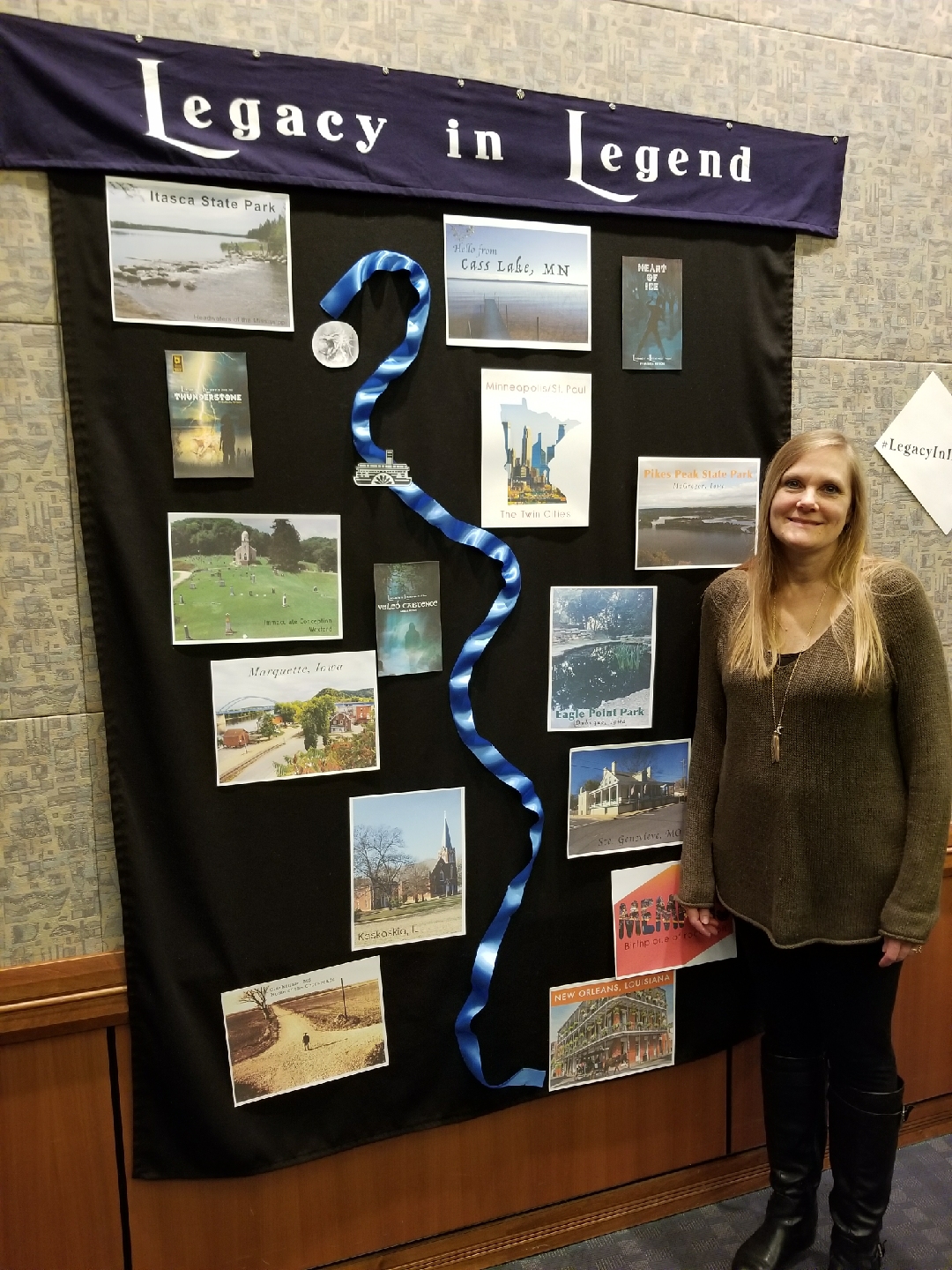 Story Behind the Story, a note from author Barbara Pietron:

"I imagine my readers are into pop culture and absorbed in their phones and social media. They're into urban fantasy and paranormal reads, perhaps regular fantasy, and don't mind a little romance because navigating relationships is part of their current learning curve. I try to give my characters some of the same weaknesses and doubts that many of them might have and then show how the character(s) can overcome them." 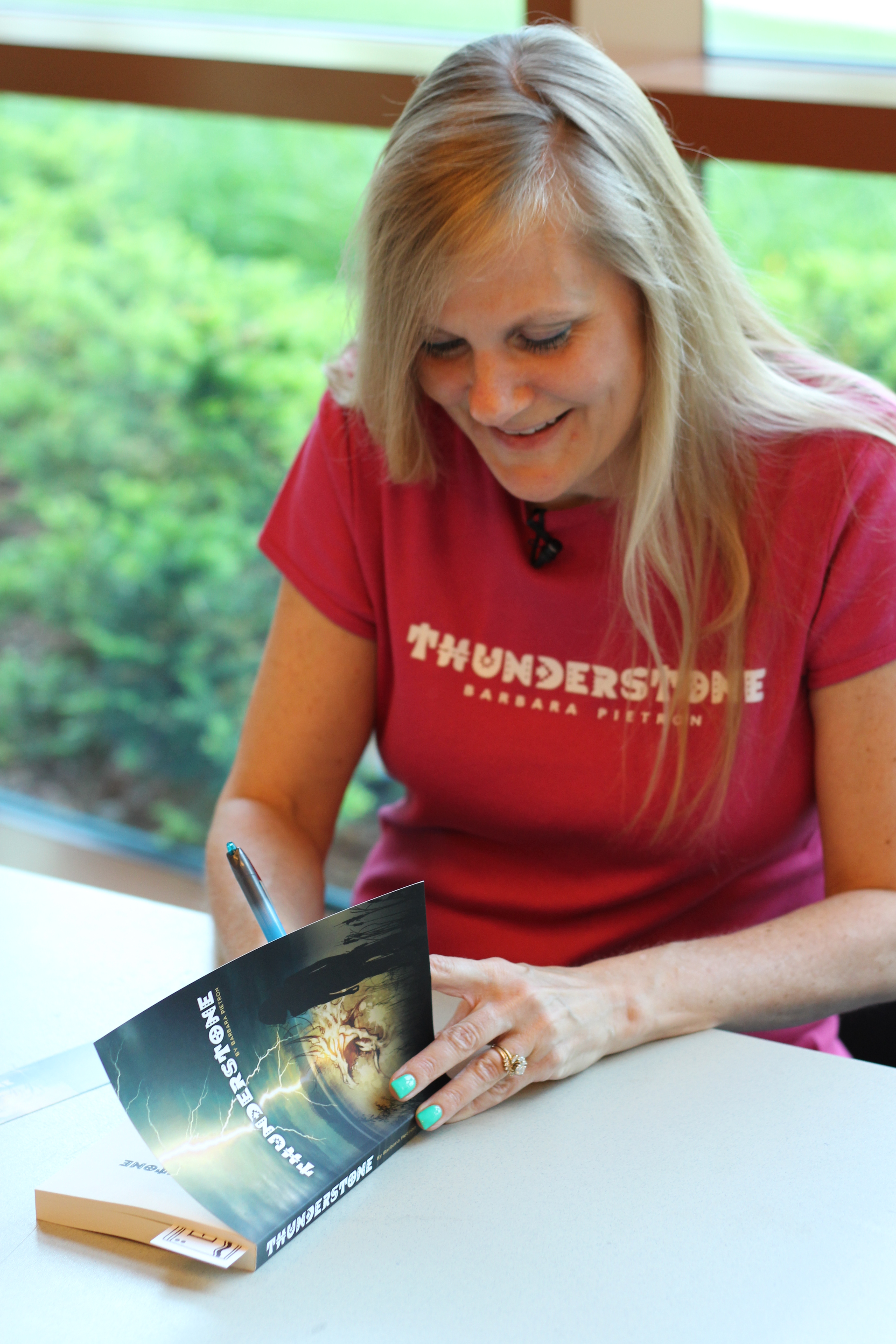 Barbara Pietron lives in Royal Oak, Michigan and is author of the Legacy in Legend series, Heart of Ice (prequel to the series) and stand-alone novel, Soulshifter. Thunderstone, Pietron’s debut novel and Book One of the Legacy in Legend series, was a Foreword Reviews Indiefab’s 2013 Book of the Year Finalist, and was a quarter-finalist in the 2012 Amazon Breakthrough Novel Award contest. She has been a contributing writer for AAA Living and Family Fun.

After years in the corporate world, Pietron now pursues her passion for books and writing, balancing her time between writing and working in a library.