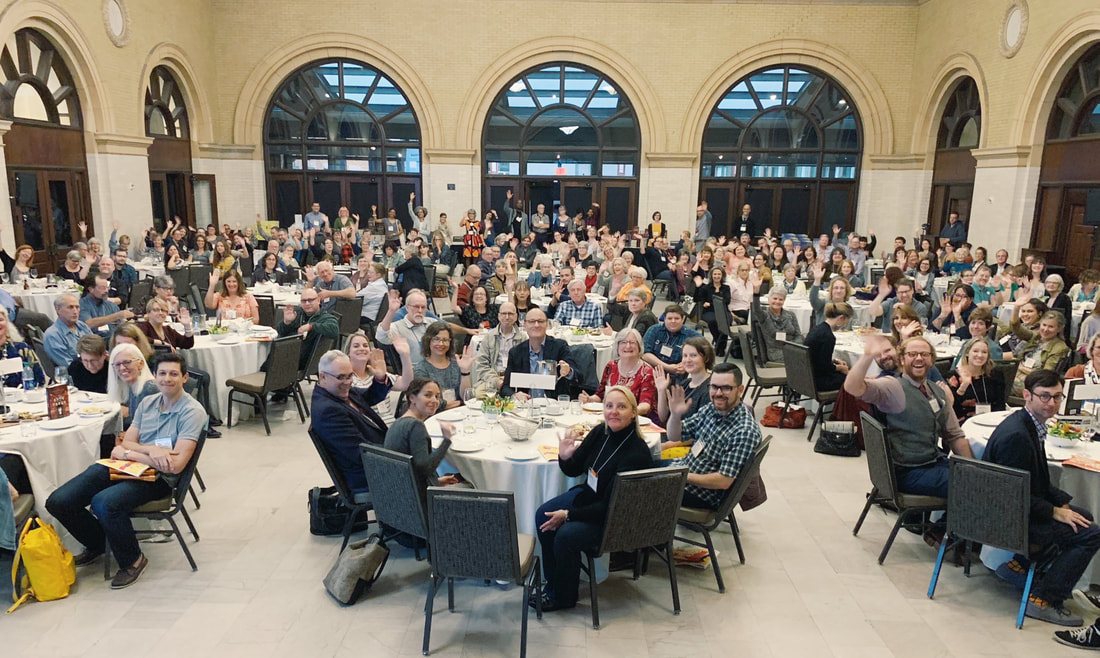 As we head into 2021, we invite you to celebrate our 40th anniversary with us throughout the year. We'll look back on our history and reflect on the future, giving you opportunities to submit your photos and memories, donate to industry causes, and join us for some new programming. Plans will be rolled out in the weeks and months ahead, so please stay tuned for more information. Please make a note of your favorite MIBA memories, historical tidbits, and favorite pictures of bookseller gatherings! We want it all.

We'd like to make a special note of the contribution of Don Blyly, who founded MIBA in 1981. Don Blyly is the owner of Uncle Hugo and Uncle Edgar's, which were burned to the ground during the uprising following the protests after the murder of George Floyd. To contribute, you can donate to his crowdfunding campaign to help Don in his future endeavors.

Here are the origins of our association, which Don shared with us.

"​In the summer of 1980, ABA put together a workshop in Chicago on organizing regional bookseller organizations. At that time, I owned Uncle Hugo’s Science Fiction Bookstore and Books Galore, a full-line shopping mall store. I was the only person from Minnesota who went. When I came back from the workshop, I called other local bookstores to get them interested, but didn’t find a lot of enthusiasm. I also talked up the idea with the local sales reps, and they were all very enthusiastic about the idea, and they suggested that it would be better if they pushed the idea on other bookstore owners, rather than having the idea come from a competitor. Cissy Tiernan (who was then the Ballantine rep), Wayne Farr (who was then the Harper rep), and Ray Jay (who was then the Pocket Book rep) talked up the idea with all the independent bookstore owners they sold to, and we had an organizational meeting in the fall of 1980 at the Lincoln Deli that used to be in St. Louis Park just across the border from Minneapolis. Bookstore owners from several local stores, one from Duluth, and one from Iowa showed up, and we all agreed to start the Upper Midwest Booksellers Association. We incorporated in 1981, filed nonprofit paperwork with IRS in 1981, and held our first trade show in the fall of 1981."

Through good times and bad, cheers to everyone in the book world for working so tirelessly to further the industry we believe in.

A Letter From Our DirectorJanuary 15, 2021 How to act in turbulent times: Danny Caine grants MIBA award to owners of Moon Palace BooksOctober 30, 2020